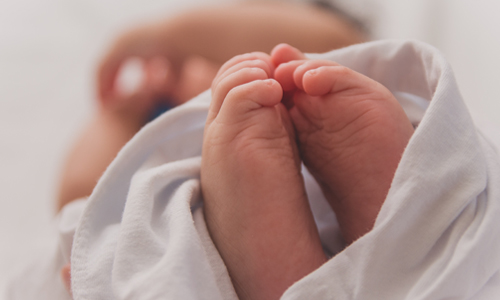 Joseph* was born prematurely, weighing only 1.6 kilograms. His parents relinquished care of him shortly after he was born, so he was assigned a crisis carer who visited him in hospital every day and took him home when he was well enough to go.

While Joseph lived with his crisis carer, his caseworker from ACT Together worked with Joseph’s parents and Child and Youth Protection Services to search for a relative who could care for him long-term.

They mapped out a family tree, knowing that Joseph’s connection with his family and culture would be greatly enhanced if he could be cared for long-term by a member of the extended family.

Based on the names provided by Joseph’s father, Joseph’s caseworker searched for possible relatives in Queensland. Through this process, she discovered Joseph had an aunt on his father’s side, Kim**.

Kim’s world changed the day she got a call from ACT Together. Not only did she find out her brother was alive, but he had a baby boy who needed to be looked after. Kim and her husband said they’d do whatever it took to become Joseph’s kinship carers. They were assessed, deemed suitable and soon brought Joseph into their family.

*Not their real names